Converting lower level members to higher levels of membership is an excellent way to grow the membership program’s revenues stream! Membership Upgrade Campaigns are a potential gateway to donor conversion.

Upgrade campaigns should be part of the annual membership plan. It is possible to convert 3% to 5% of members annually using Membership Consultants’ successful and strategic campaigns.

Membership Consultants can help you reach your year-end goal by providing these services:

Members to Donors services include:

Did you know that while you have your audience in a line outside your doors, it is the perfect time to grab your visitors’ attention? Converting lower level members to higher levels of membership is an excellent way to grow your membership program’s revenue stream and to introduce your members to a higher-level donor experience. Request a proposal.

Here is a long term client’s track record in upgrading members and their membership revenue:

For the Santa Barbara Botanic Garden, Membership Consultants annual fund appeals doubled the revenue for the year-end appeal and increased the average gift by $25.

The Saint Louis Zoo unveiled their annual fund program with the help of Membership Consultants. Using mailed appeals at year-end, the campaigns grew from raising $27,000 to over $120,000 in four short years. The success was attributed to a year over year strategy that was consistent, utilized personalization, segmentation and a focus on driving the average gift. 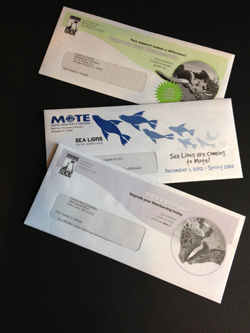 The Mote Marine Laboratory and Aquarium enlisted Membership Consultants to help jumpstart its successful but static Membership program. One of the first projects was a membership upgrade campaign that helped the program raise $50,000 in the final month of its fiscal year.